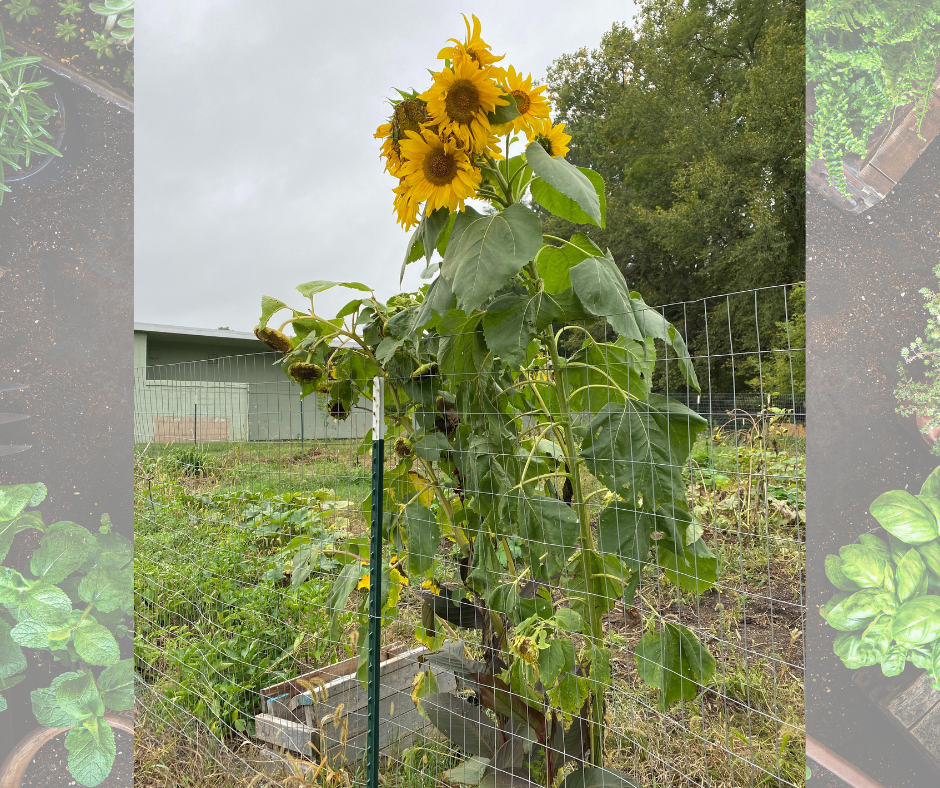 The Tecumseh community continues to show its support for a displaced Ukrainian family, who has escaped the horrors of war back in their homeland of Ukraine.

Last Monday (July 18), Tecumseh Middle School teacher Joe Bundas was recognized by the TPS Board of Education and Superintendent Rick Hilderley for his efforts to help out the displaced family.

Recently, Mr. Bundas raised nearly $900 for Valeriya Isakova, her mother and brother. He grew hundreds of sunflowers and brought them to Tecumseh’s Farmer Market in hopes of raising money for the family.

There was no price tag on the sunflowers. Mr. Bundas just hoped some shoppers would donate money for a sunflower or two. It turns out, the community was more than willing to pitch in for the cause.

“It was crazy. I went to the farmers market and people kept giving me money,” said Bundas during the board meeting. “As soon as I got there, someone in another booth gave me a hundred dollars.”

That booth donated 10% of their sales to Mr. Bundas’ fundraiser, and the money kept coming in throughout the day at the farmers market.

Valeriya is a former exchange student at Tecumseh High School. It’s been a tough stretch for her family. Their lives were turned upside down when Russia invaded Ukraine back in late February.

The trio fled their country by train. They stopped in Poland, before eventually traveling to Germany and Switzerland. Valeriya’s father was forced to stay behind, as required by her home country.

Now back in the U.S., Valeriya and her family are staying with her host family in Tecumseh. The community has turned out for the family, raising money through a GoFundMe and giving them a warm welcome.

While Mr. Bundas wanted to do something to show support for Valeriya and her family, the opposite was also true for the family. They wanted to support Mr. Bundas.

“We came there [farmers market] and supported Mr. Bundas and we wanted to be a part of it and we’re super thankful,” Valeriya said during the board meeting. “We’re happy we’ve gotten to know Mr. Bundas.”

To show their appreciation, the family had Mr. Bundas over and treated him to a home cooked meal. Through all of this, Mr. Bundas said it was just a nice thing to do to help out a family that’s been through so much.

“I had the easy job. They had the hard job in terms of fleeing their country and being displaced and all of the things going back on in the Ukraine,” said Bundas.

This whole project didn’t cost anything but time for Mr. Bundas. He already had everything he needed to grow the sunflowers.

“I had the seeds laying around. The trays and leftover potting soil I used in other school projects,” said Bundas. “It didn’t cost anyone anything other than the time to grow them and hand them out there at the farmers market.”

The inspiration for this project came from the sunflower project from the art departments at TPS.

Before the family arrived in Tecumseh, TPS art teachers and students throughout the District created a variety of sunflower art and teamed up with businesses in downtown Tecumseh to display it. The artwork was to show support for the family.

The sunflower is the national flower of Ukraine. Today, the flower represents unity and hope in the face of adversity.

During the board meeting, Mr. Bundas thanked Superintendent Hilderley for his support with the project as he just wanted to give back.

“I’m glad I can support the community that’s done so much for me,” said Bundas.

Support that will not be forgotten by Valeriya and her family.

“Thank you for doing it and I wanted you to know we appreciate you as a person,” Valeriya told Bundas during the meeting.

Mr. Bundas has quite the green thumb. He oversees the garden at Tecumseh Middle School. The garden is full of fruits, vegetables, and flowers. It’s also an important teacher tool. Check out a previous story about the Garden Project (https://www.tps.k12.mi.us/article/554563).