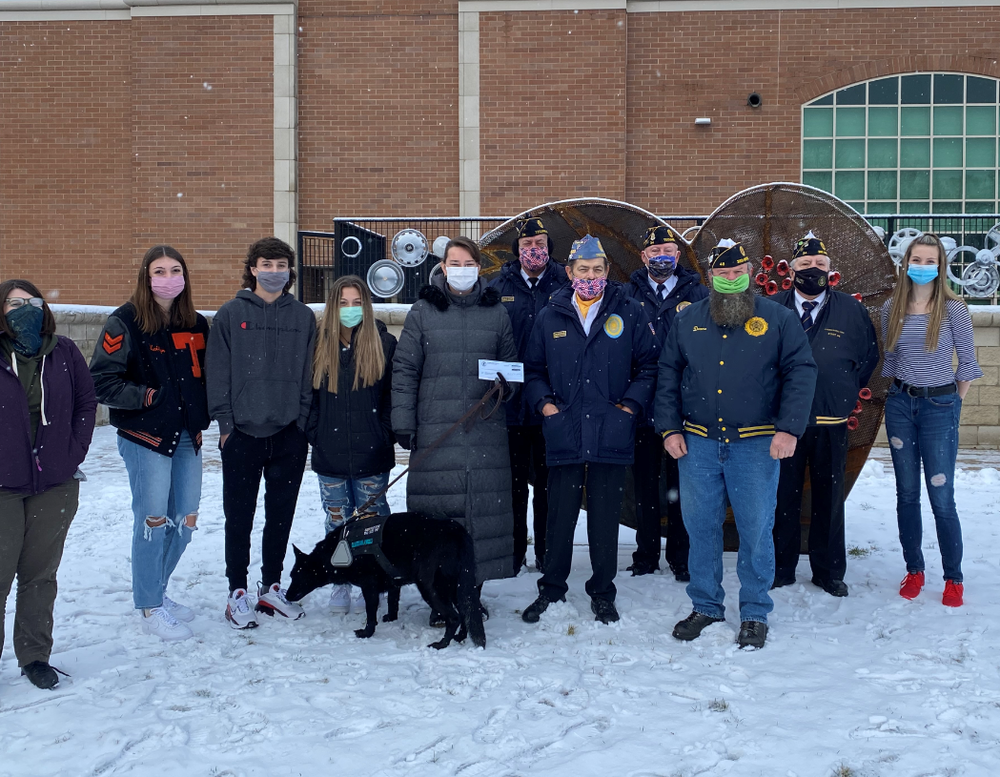 Money raised from the poppy project was donated Tuesday to two local veterans’ organizations during a ceremony in the Tecumseh High School Sculpture Garden.

The Remembrance Poppies were made available to the community back in mid-November. In order to get one, you had to donate. With the goal set at $500, the expectations were shattered. The project raised over $1,300 for the local charities.

Here in the US, and other English-speaking countries, the Remembrance Poppy is a moving symbol of respect for the war dead. It's also a source of support for veterans and their families.

"The poppy project was originally a small idea that quickly grew into a larger idea," said Jackie Whiteley, art teacher at Tecumseh High School. The project was put together by Whiteley and fellow art teacher, Christine Obeid. "This project had the support of Mr. (Rick) Hilderley, Mr. (Dennis) Niles and Mr. (Greg) Dolson and their encouragement to do something, even though we had so many restrictions going on, they wanted us to do something positive in the community with art and we really appreciate their support on that," said Mrs. Whiteley.

Fisher House Michigan and American Legion Underwood Orr Post 34 Tecumseh were each given checks over $650. The Fisher House Foundation is best known for a network of comfort homes where military and veterans' families can stay at no cost while a loved one is receiving treatment. Fisher House Michigan is located in Ann Arbor, next to the VA Ann Arbor Healthcare System.

After being given the donation, Kate Melcher, the executive director at Fisher House Michigan, presented Mrs. Obeid with a 'challenge coin.' Passing along the challenge coin is discrete. It's done simply with a handshake. The coin represents an organization or an achievement.

"This is a challenge coin for you all for doing such amazing work here and for learning about veterans’ issues," said Melcher. "I'm so proud of this Tecumseh community, so proud that my parents live here, I'm really proud of everything you guys did. What a difference it's going to make for these military families to be with their loved ones."

Melcher is a veteran herself, having served in the Army. She was an AH-64D Apache Longbow Helicopter Gunship pilot and a Legislative Liaison Officer for the US Army National Guard.

Miller is the president of Wilwin Lodge. The lodge, which is east of Ludington, is a subsidiary of The American Legion Department of Michigan and provides a relaxing setting for veterans, active duty, National Guard members and their families.

The poppy project was created with veterans and Veterans Day in mind. It took art students, retired art teacher Ron Frenzen, and others weeks to make the ceramic and felted wool poppies. The poppies were originally placed out in the Sculpture Garden just before Veterans Day. They surrounded the newly installed Open Heart sculpture.

"It just shows the generosity of this community and what a great place that we live in. We saw so many positive reviews on Facebook about it," said Mrs. Whiteley. "The support for our veterans, we really wanted to highlight the appreciation that we have for them as well and the service that they've had for our country." 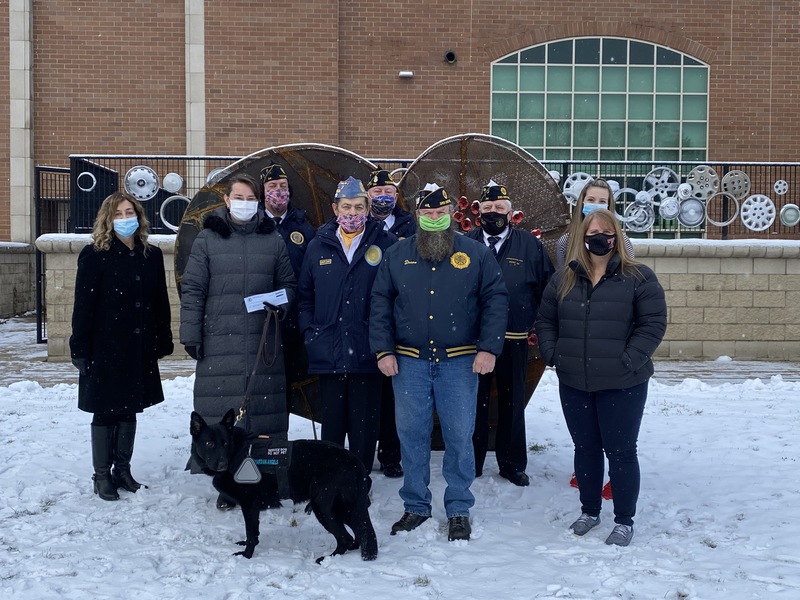 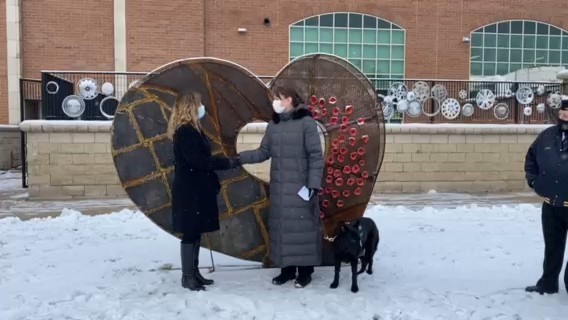