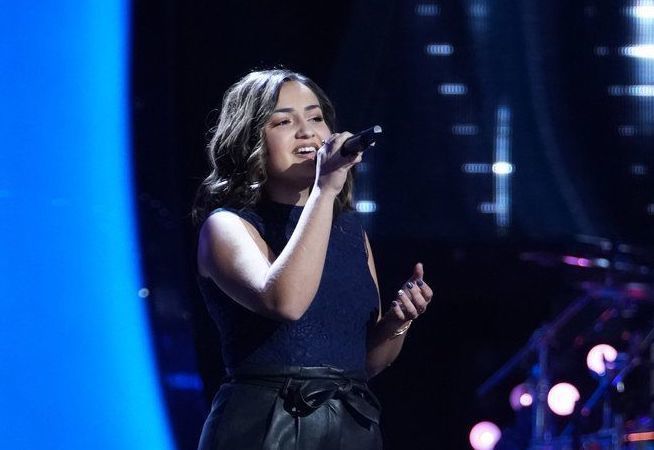 Inspired by her mother’s battle with a brain tumor, A Michigan teen has advanced to the next round on "The Voice." 16-year old Rio Doyle, from Adrian, landed on John Legend's team after her Battle Round audition on the hit NBC reality singing competition.

Doyle, who is a junior at Tecumseh High School, performed Adele’s “When We Were Young” during the Blind Audition round. Her audition aired on Monday, March 15. Doyle’s mother was there to watch her in person as she continues to undergo treatment to fight the tumor.

“My mom is my hero. In 2016 she was diagnosed with a brain tumor,” Doyle said on the show. “I remember when they first told me I went to my room and I just cried and prayed. I wasn’t ready to lose my mom. I’m so thankful that she’s here. Recently she just had radiation done to hopefully kill that mass. So far, so good.”

Legend was the only coach of the four to turn his chair. “I thought it was an excellent performance. Your voice is really impressive,” said Nick Jonas. “I didn’t turn just because I felt like there was a few moments where the vibrato started to lose pitch a little bit, so if there’s anything to focus on, John is a great coach.”

“Your tone is really cool, but at times, it would almost sound like your mouth was so wide open in the back, you would swallow the words a bit to where I couldn’t understand,” said Kelly Clarkson. “Work with that a little bit and I think you’ve got an incredible gift. It’s really impressive.”

“I’m from Ohio. We’re neighbors,” said Legend. “Half my family grew up in Michigan. I feel a connection with Michigan. I’m so excited I get to work with you.”

“I love Rio’s voice. I was truly surprised that more coaches didn’t turn for her,” Legend said backstage. “To be 16 and to take on an Adele song is a bold, risky move and I thought this is the kind of artist I want on my team.”

We will see Doyle during the next round, the Battle Round, when it begins in the coming weeks.