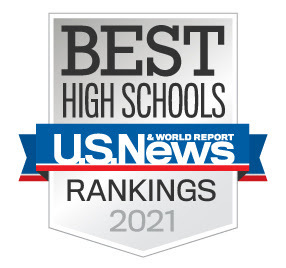 Tecumseh High School has earned a rank in the top 17% of public high schools in the U.S. and took the No. 1 spot in the Adrian metropolitan area. That's according to a recent analysis of nearly 18,000 high schools nationwide.

The rank is featured in the 2021 edition of U.S. News & World Report's 'Best High Schools in the United States' digital publication.

The school, which currently serves almost 800 students in grades 9 through 12, also ranked in the 'Best High Schools' in Michigan, placing 106th out of 1,149 ranked high schools in the state, according to the analysis.